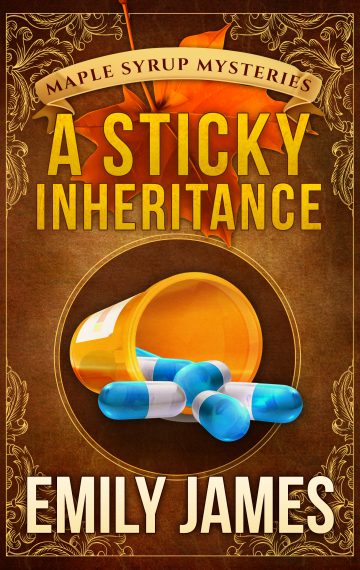 Sometimes the truth can be a sticky thing…

When struggling criminal defense attorney Nicole Fitzhenry-Dawes inherits her uncle’s maple syrup farm in Michigan, she thinks it might be time for a career change—hopefully one that allows her to stay as far away from murderers and liars as possible.

She couldn’t have been more wrong.

Her uncle’s suicide quickly begins to look like it wasn’t a suicide at all, but the chief of police is reluctant to investigate it as a murder and soil the reputation of his serene little tourist town. Nicole has no choice but to search for the killer on her own.

And as she closes in, she not only risks becoming the murderer’s next victim, but also starts to wonder if knowing the truth is ever worse than believing the lie…

A Sticky Inheritance is the first book in Emily James’ Maple Syrup Mysteries. If you love small-town settings, quirky characters, and a dollop of romance, then you’ll want to buy this new amateur sleuth mystery series today!