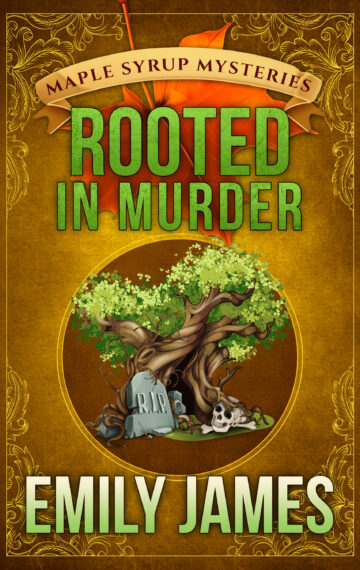 Nicole Fitzhenry-Dawes feels like she finally has the life she always wanted. She’s working on figuring out her new role as a wife, settling into her job as a partner at a law firm, and preparing to plant new trees at Sugarwood.

Right up until her dog digs up a skeleton at the spot where they’re supposed to plant their trees.

Nicole’s hopes for avoiding being sucked into the decade-old crime go up in smoke when her nemesis calls in the favor she owes him. And as she tries to dig up the truth, it begins to look like the past could have terrible consequences for her future.

Rooted in Murder is the tenth book in Emily James’ Maple Syrup Mysteries. If you love small-town settings, quirky characters, and a dollop of romance, then you’ll want to buy this amateur sleuth mystery series today!