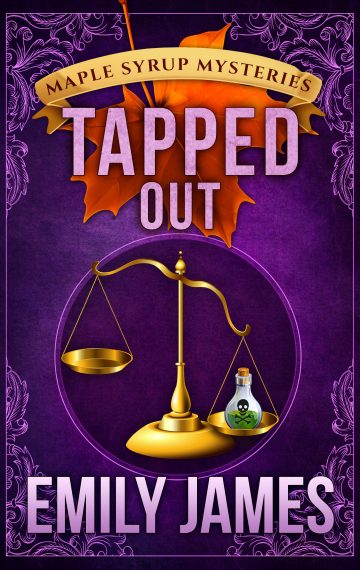 No one is exactly what they seem…

Former lawyer Nicole Fitzhenry-Dawes should be focusing on planning her wedding and a friend’s baby shower, as well as running her maple syrup farm.

Instead, her “former” profession won’t let her go.

Her maid of honor, Elise Scott, is suspended from her job as a Fair Haven police officer for investigating a case she shouldn’t have been anywhere near, endangering not only her career but also her relationship with a fellow officer. Nicole can’t believe Elise would have risked so much without a good reason.

When Nicole finds out that the reason involves Elise’s children, she ends up defending a man she isn’t convinced is innocent.

And the deeper she goes into his case, the more she becomes a target of very dangerous people…

Tapped Out is the seventh book in Emily James’ Maple Syrup Mysteries. The series is full of small-town settings, quirky characters, and a touch of romance!